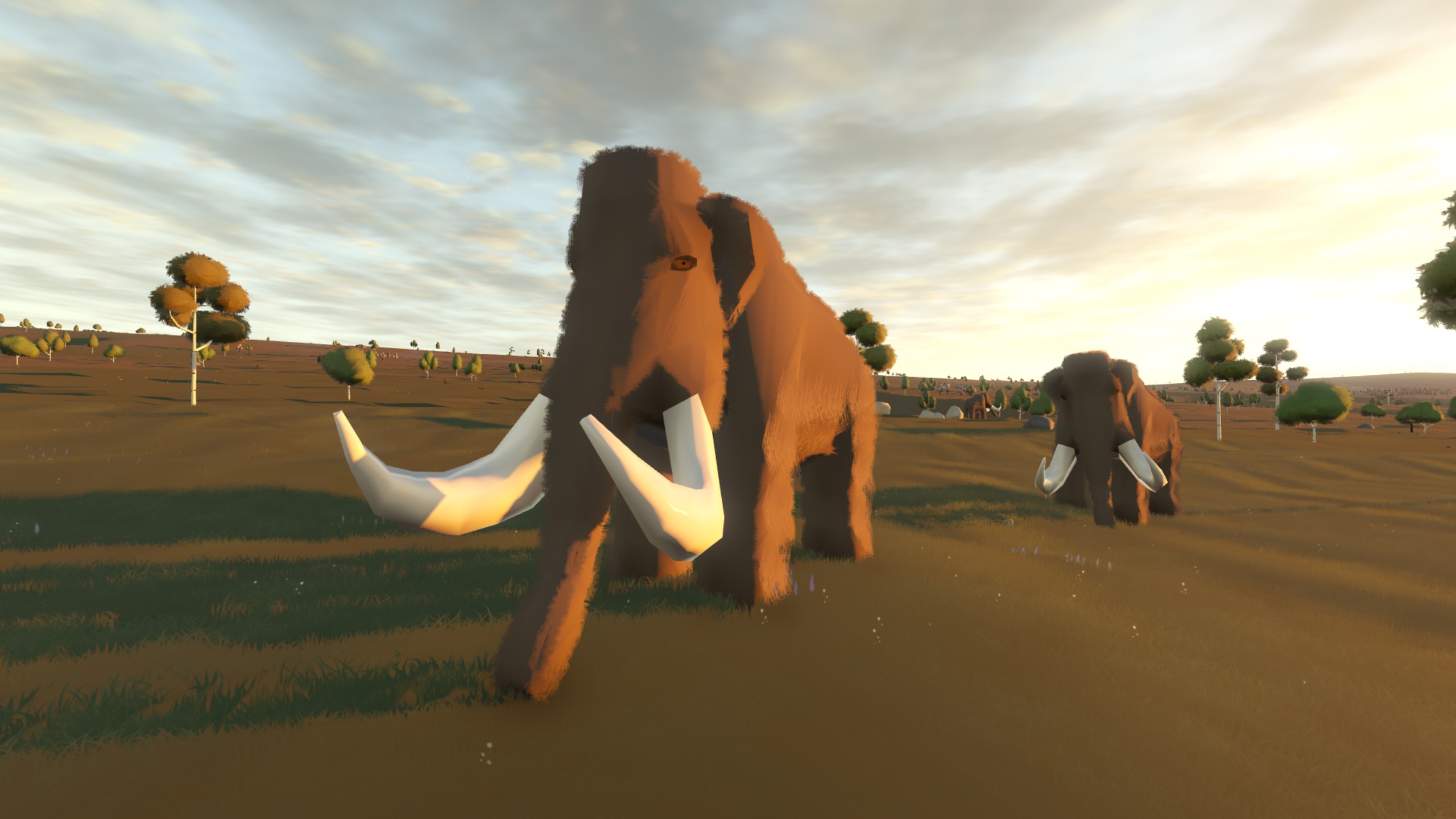 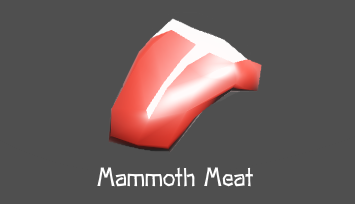 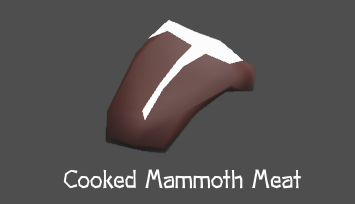 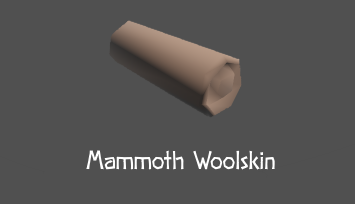 A Mammoth is a large herbivorous animal found all across the world. In the game's later stages, they may be hunted and harvested for Mammoth Meat, a fairly decent food source. Harvested Mammoths also produce Mammoth woolskins. Mammoths are exceedingly dangerous because if a Sapien gets too close, it will be attacked and most likely killed. It is currently the only hostile mob in the game.

Mammoths can be researched to unlock the "Spear Hunting" skill. This is generally ill advisable as mammoths are very aggressive. An Alpaca is a much safer option for learning this skill.

Mammoths spawn in herds, which migrate from one end of the map to the other. Occasionally, this can be a little annoying as they must be given a wide berth to avoid casualties. Mammoths will spawn approximately 800m away from some sapien then walk moderately close, pass by and despawn this same distance further on across the map.

When killed, the carcass can be butchered. The carcass will produce woolskins and Mammoth Meat.

Mammoth meat should be cooked at a Campfire to receive maximum hunger reducing effect and prevent food poisioning. Nutritional values for Mammoth Meat can be found on the Food page.