This page is a port from the [|Sapiens Community Wiki] and may have incorrect formatting. Feel free to fix any issues.

A planet as seen on the planetary map.

A world is the location that a Sapiens game takes place in. Every world consists of a unique planet larger than Earth, generated by a seed.

When a player presses the "Create world" button on the main menu, They are shown a planet with a panel on the left showing it's seed and the options that were used to create it. By default, all sliders will be in the middle. The options given when creating a world are "World Name, Seed, Sea Level, Rainfall, Temperature, Continent Size, Mountain Height, Hills Size" and "Hills Height."

World names are pseudorandomly generated using a short list of Toki Pona nouns and adjectives to create a name. Often these names do not make that much sense when translated to English. 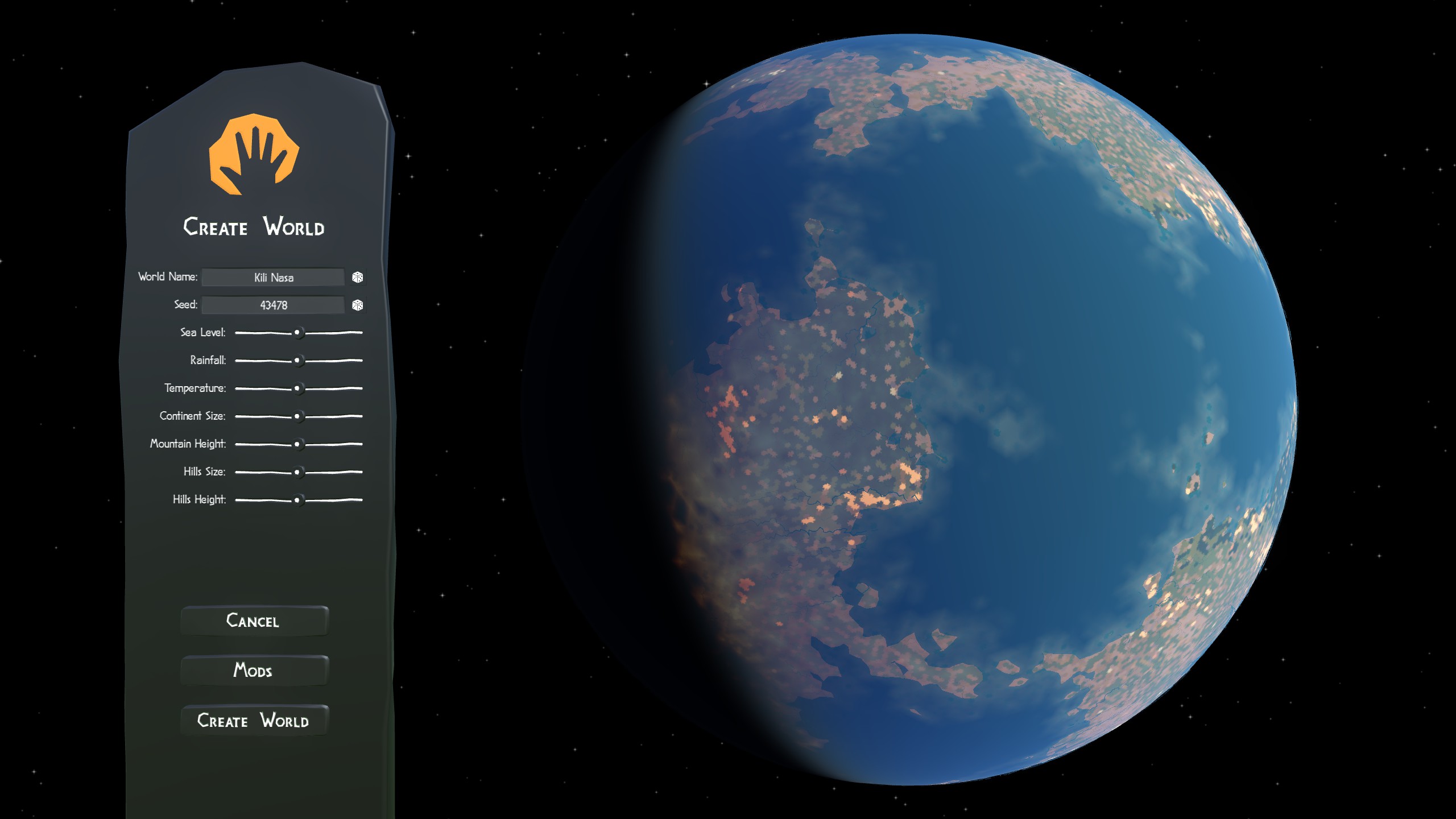